The hunt for a good shampoo has begun again. I had my hopes up when I tried Naked’s Mild Shampoo. It was good at first, but after a few weeks of use I started to notice a burning sensation on my scalp after I washed it. I stopped using it and the burning disappeared, so I guess it won’t be my holy grail after all!

I decided to abandon the aisles of Boots and Superdrug and popped into Lush’s Cardiff store. The staff in there are always so lovely, and the woman who served me (I don’t know her name but she was really helpful) sat me down and asked what my hair was like and what I wanted from a shampoo.

She brought out some samples of several products she thought might suit me and I tried them against my skin to see if they caused a reaction (only one did). There were a couple of solid shampoo bars (Soak and Float and Trichomania), a bottle of Fairly Traded Honey (which did not agree with me) and a pot of Blousey (v).

The one I liked the most was Blousey, so of course it had to be the most expensive one [edit: and the one that’s been discontinued]. I nearly fell off my chair when I was told it costs £18 for a 240g pot! However, because it’s quite rich you only need a tiny little bit each time, so it should last for ages, and by this point I was desperate to find something for my hair, so I bought it. 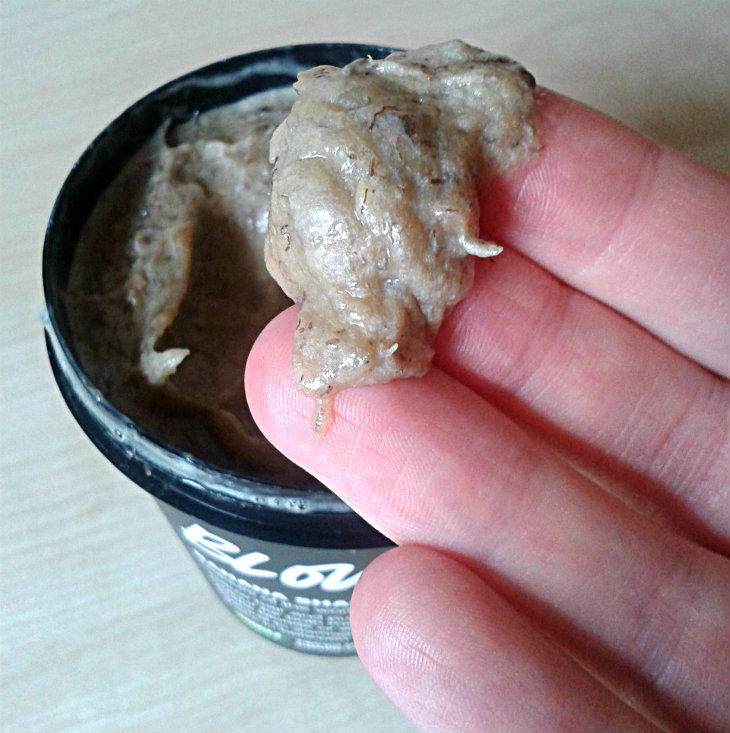 The main ingredient of Blousey is bananas but the mix of rosemary oil, juniper oil and spices that form part of the ingredients actually smells stronger. It doesn’t look particularly appetizing, but don’t let that put you off! It has a lot of natural ingredients and is free from preservatives, but unlike some fresh products it doesn’t need to be used up too quickly (mine doesn’t expire until 2015).

Unlike your average shampoo, Blousey doesn’t lather, so I find that its best to apply it directly to your hair and then massage it into your scalp.

I’m really impressed with the difference it’s made to my hair. Despite the lack of lather it washes out easily and leaves my roots feeling clean and silky. I’ve also noticed that I’ve had less frizz, which is probably because of how moisturising the shampoo is. I have fine hair so I was worried it would weigh it down but as long as I don’t use too much then my hair never looks lank or greasy, just happy and healthy. Finally!

How I Packed My Wash Bag For a Week In Italy: Cruelty-Free, Minimalist & (Mostly) Vegan