I first remember hearing the phrase ‘real women have curves’ when I was about fourteen or fifteen years old.

It was around the time the backlash against Size 0 began and suddenly thin was out and curves were in. ‘Real women have curves’, don’t you know?

I hate that saying.

A real woman can be curvy, she can be skinny, she may have voluptuous hips and boobs and thighs or she may not. She might have a large bust and slim hips; she might have a round butt and a smaller top half.

Real women come in all different shapes and sizes, and two people who wear the same dress size can have very different proportions.

Rather than celebrating this diversity, it seems many media platforms are set on pushing the idea we should aspire to look a certain way. Back in 2006-7, it was all about trying to squeeze into the equivalent of a UK size four. Then they changed tack and you were only real if you could fill a bra (although you still weren’t supposed to be plus-size).

I think that’s why the ‘real women have curves’ saying gets to me so much. When it first became popular, I was an insecure teenager with AA boobs and the smallest hint of a waist. My two best friends at school were (and are) beautiful and voluptuous, and I felt like a little boy when I stood next to them.

(It worked the other way too. They were reading and hearing that anything over a size 10 was fat and felt like they were too large in comparison. In reality, all three of us were normal, healthy girls who just happened to have different body types.)

I was already feeling anxious about my body and then I kept reading that in order to be real, I should have the curves that had so far eluded me. What was I, a fake woman? 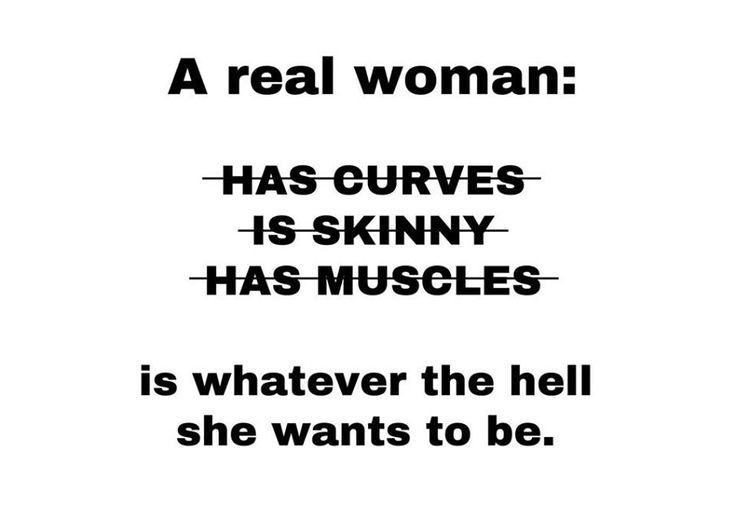 While my bra size did increase a little, I’ve remained fairly petite in stature and gradually I’ve come to love the way I look (on a good day). It turns out there’s a lot to be said for self-acceptance and for taking the time to look after yourself. My body works the way it should and that’s something to be thankful for.

You can’t celebrate one type of appearance by trashing another. Our bodies are all different and that’s a wonderful thing. Wouldn’t life be boring if we all had the same cookie-cutter appearance?

I see a lot of mixed messages around. There’s more of a focus on health these days (all the #fitspo and green juices) but I still see magazines with covers about celebrities who are sad because they’ve either lost or gained a few pounds. Does this really warrant a front cover? It’s not news; it happens to everyone at one point or another. Leave them in peace.

Have you ever had a similar experience? What are your thoughts about body confidence and self acceptance? Let me know in the comments.

In My Make-Up Bag | GOSH