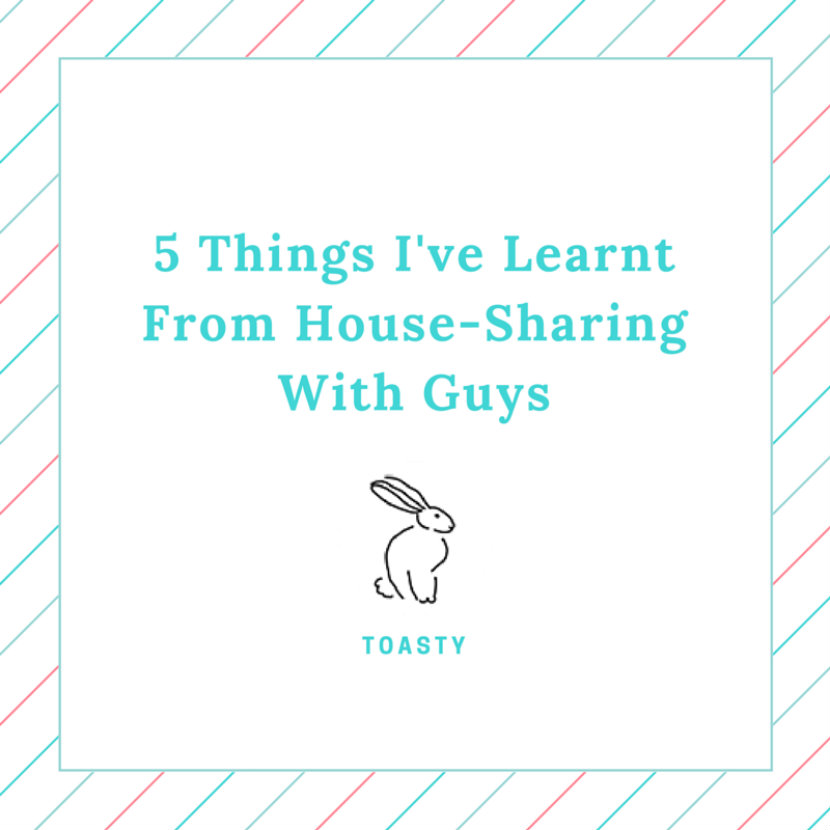 I am very much one of the boys when it comes to socialising — not on purpose, I just always seem to end up being part of a group of lads, whereas I tend to know and see my female friends individually. (I hate the whole ‘I prefer boys because there’s so much drama with girls!’ thing though, because it just enforces the stereotype that girls are bitchy. I’m not buying it; people do not slot neatly into categories like that and I think it’s quite sexist to paint all females as gossipy hens. And breathe.) Anyway, Giulia and I have been sharing a house with two guys this year, and while I thought I knew a little bit about the male species, my eyes have been opened somewhat. As always, I’ve chosen to present my findings in a list.

1. They REALLY don’t get the whole periods thing.
You know when they separate the boys from the girls in school, and give girls the period talk and say whatever they say to the boys? I think that everyone should hear about everything. I’ve tried explaining how painful periods can be and how much of an impact it can have on your everyday life, but it turns out that ‘Sometimes there are clots’ is a real conversation killer. That’s probably TMI, to be fair, but it can’t be healthy for men to clam up at the slightest mention of anything to do with periods when menstruation is perfectly natural. (Even a simple ‘Why are you so hungry?’ ‘My period’s due’ makes some guys uncomfortable, which is ridiculous.)

2. They love a good natter.
All those stupid jokes about how you know which seagull is female because it’s the one squawking (*rolls eyes*) are bullshit, I tell you, absolute bullshit. Talking is a human thing, not a female one, and I’ve had many a wonderful conversation with the lads. We’ve discussed all kinds of things, sometimes for hours at a time, and we’ve never been stuck for words. We also often disagree, but that’s life, right?

3. They’re pretty relaxed about food.
I’d like to think my attitude towards food is healthier than it has been in the past and it’s partly because my housemates are so chilled about what they eat. It’s not that they don’t care about looking after themselves, but whereas I sometimes suffer from post-Dominos guilt, they don’t worry about it — if you eat well most of the time, why stress about the odd treat? It’s good for the soul.

4. They’re not complete slobs.
Another gender stereotype. None of us in my house are neat-freaks by any means but we do all like to keep everything clean and reasonably tidy. Sure, I’ve seen some terrible student houses which have made me shudder in disgust (my brother’s, for instance) but I’ve also seen a lot of exceptions to the rule. Probably best not to tar everyone with the same brush.

5. They can be utterly lovely.
Okay, so I already knew this, but I didn’t quite realise just how happy I would be living in this house. When I got the news about my nan’s death in January and all I wanted to do was comfort eat, we drove into Cardiff and got emergency burgers and cheese fries. When I’ve arrived at the train station after dark, they’ve met me there to make sure I don’t have to walk home alone. When I’m having a bad day (and when I’m having a good day tbh) they make me laugh until my stomach hurts. I’m going to miss them enormously.

What did you learn from your housemates at uni? Let me know in the comments!

Stocking Up On Cruelty-Free Basics