Towards the end of my second year, I began declaring that my worst nightmare after university would be having to move back in with my parents. Fast forward a year…

… and I’ve moved back in with my parents.

21-year-old Beth would be fuming. But 22-year-old Beth is trying to see the positive side of things. First, I don’t have to pay any rent just yet (because I’m not earning enough, but we’ll brush past that for the moment). I have someone to pick me up from the train station when I get in from work every day. My mum cooks me dinner nearly every night, so that I have more time to relax after a long day at work.

In short, things could be way, way worse than they are. I’m very grateful I have my family around to help out.

But that’s not to say it can’t be frustrating at times. It’s been three years since I’ve lived here full-time and moving out gave me the independence I was craving so desperately. Returning to the nest can feel like a step backwards (I really like having my own space) but I’ve been trying to make the best of it.

So what’s helped me deal with moving back home? 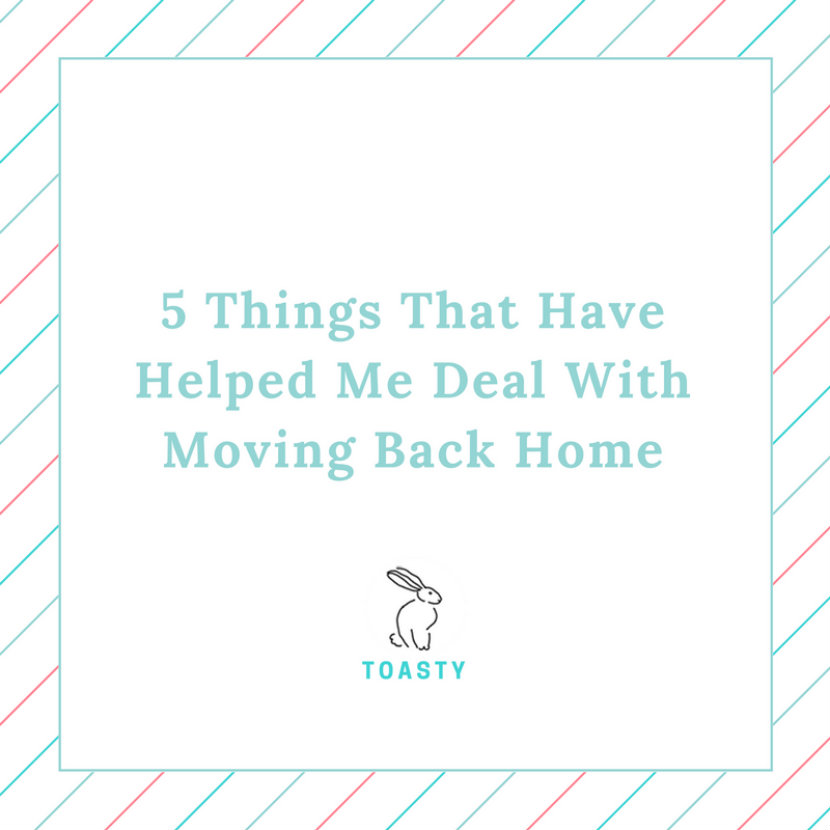 Eating some meals with my family, and some without

As I said earlier, I really do like having my own space, but it’s also good to catch up with my parents and my brother over some delicious food. So I try and have Sunday lunch or dinner with them if possible. It’s the one time we get to properly catch up, instead of just having a passing conversation, or sitting slumped in front of the TV in the evening, not talking because we’re all too tired.

Being busy at weekends

My life during the week is basically commute, work, eat, sleep, repeat. So come the weekend I’m more than ready to get out of the house, get away from the computer screen, and see my friends. Spending time with my best ones always puts me in a good mood, and making the effort to have a social life means I’m not just sitting at home, moping and dreaming of the day I can leave again. (That said, I am currently typing this while curled up on the sofa in front of the Olympics, but you get what I mean.)

Trying to see things from their point of view

Sometimes I think my parents need to relax a bit. Sometimes they think I need to be tidier. Sometimes we argue about this. We often disagree about different issues, stories in the news and so on. What stops me from losing my temper (most of the time!) is putting myself in their position and trying to understand what they’re getting at. Even if I don’t agree with them, I can at least see why they feel the way they do, and that helps enormously.

If all else fails… breathe very slowly and carefully

The frustration will pass, I swear!

Have you ever had to move back in with your parents? How did you deal with it? Let me know in the comments!

My Week Without Make Up | The Results

Battle of the Liquid Lipsticks: Sleek Matte Me versus NYX Lip Lingerie