It feels like November has both sped by and dragged on.

I swear it was just yesterday we were all talking about Lush’s Halloween collection, and yet I’ve read enough stories about the US election to last me a lifetime. (I suspect there’ll be plenty more in the coming months and years.)

Seeing the fear and helplessness unfold once the result was confirmed was heartbreaking, especially on the other side of the pond. As a reminder that there’s still some good in the world, Katie Brennan set up the #TodayImGrateful hashtag and I suggest heading there if everything that’s going on in the world is getting to you. It’s completely and utterly heartwarming, and anyone can join in. I try and take part most days. (I’ve noticed there’s at least one food-related item on there every time. No shame!) 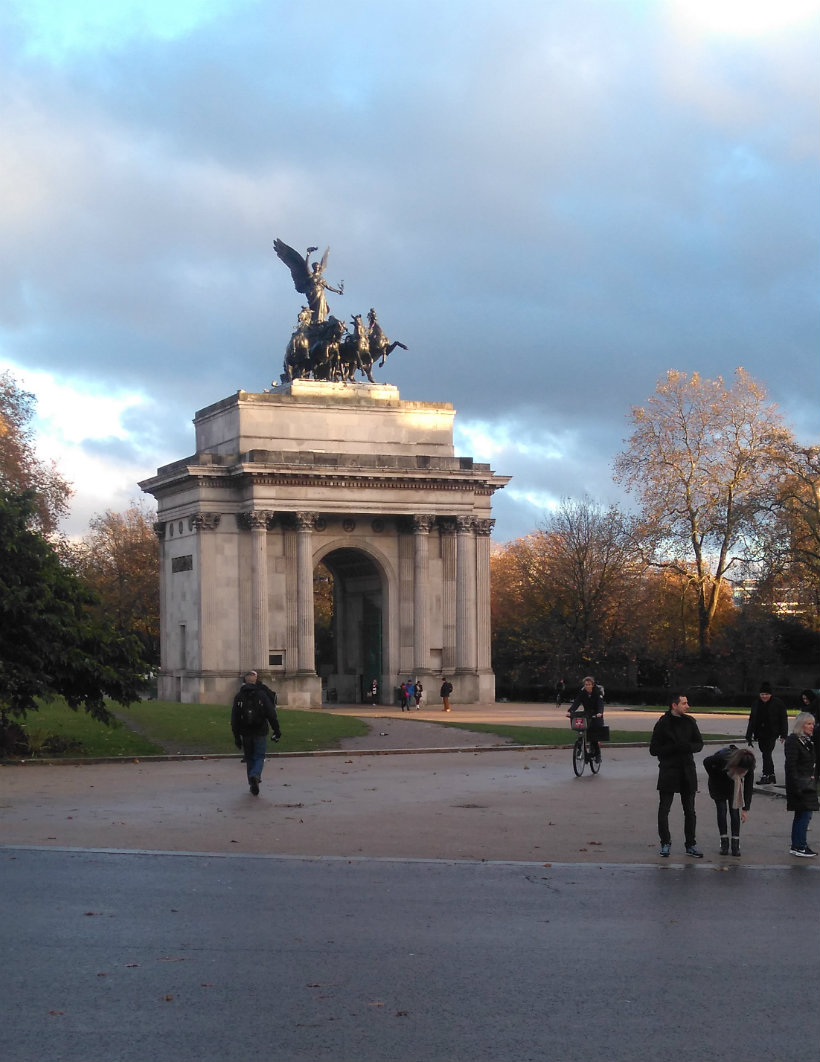 As for everyday life? I’ve finished my internship and even though I don’t know what’s next for me yet, I’m a lot calmer about it than I was when I first left uni. I’ve spent four months in an office developing my skills as a writer and I have more confidence in my abilities than I did before.

In between planning I’ve been making the most of having free weekdays again. Mumma Toasty and I went to the V&A last week to have a nose at all the exhibitions. Undressed was amazing — it’s all about the history of underwear. I saw Kate Moss’s shiny see-through dress and all the old corsets women had to wear back in the day, which made me eternally grateful I don’t have to deal with them. (Although I wouldn’t want to wear a see-through dress either, not gonna lie.)

I was planning to introduce recipe posts this month but my phone camera had other ideas, plus the lighting in my kitchen is shocking. I’m still figuring out the best way to photograph my food, so you’ll have to bear with me for a little bit. I’m hoping to have it sorted by the new year (and maybe make the investment and get a proper camera? Still gotta do a tonne of research but I’m very tempted!)

I watched… Mean Girls (for the millionth time). My friend Dan had never seen it (I know!) so we all squashed onto my sofa under a blanket to watch one of the best films of the noughties. I could probably quote the entire thing from start to finish, but I tried really hard not to. He said it was ‘Alright’.
I read… barely any books, and a lot of news stories about the US election result and what it might mean for the world. As much as it hurts to learn about the racism and sexism in the US (and in the UK), current affairs have taken over my reading habits for the moment. There is no escape.
I listened to… Raging by Kygo, Howl by Biffy Clyro, and the Dirty Dancing soundtrack because I needed something to cheer me up (see previous point).
I bought… A new cushion and some matching candles for my room. The candles are honeysuckle-scented and only cost £2 from Primark, plus they smell amazing and come housed in pretty tins. A cheap treat if you ever need a pick-me-up.
Blog posts I loved: Bianca’s vegan gingersnap cookies, Sarah’s thoughts on Animal Testing and Parent Companies, and Katy’s list of 150 Good Things (your heart will be warmed, I promise).

Product of the month: Lush’s festive Snow Fairy shower gel. It’s the most wonderful time of the year!

How was November for you? Let me know in the comments!

All Orange Everything With Sleek

Trying to Create Cheekbones — The Struggle