After some thought, a little bit of experimenting, and a lot of shouting at my temperamental phone camera, I can finally bring you my first recipe post.

I am not a food expert or a nutritionist; I’m a vegetarian who really, really loves her food. (Yes, the two things can co-exist.) You won’t be getting anything too crazy or revolutionary from me — it’s all normal food you can find in your supermarket.

But that’s the point. I want to show that vegetarian and vegan meals don’t need to be boring or difficult to make. And although I’ve always loved it, cooking has become a huge part of my life since I left university so I wanted to share that on the blog.

Banana oat pancakes have been one of my favourite breakfasts for a while now. I make them at the weekend. I make them when I need a pick-me-up in the morning. (An urgent one, because otherwise it’d be every morning. I don’t like starting early.) I made them for my friends when we were in Portugal and I swear they’ve never said less in their lives.

Because they were too busy eating, I hasten to add, not because the pancakes were terrible.

Bananas and oats go together so well, while the cinnamon adds a little more warmth to contrast with the sweetness of the fruit. Use the ripest bananas you have — this recipe is an excellent way to use up any bananas that are starting to turn black. No food waste and a tasty breakfast? My dad would be so proud. 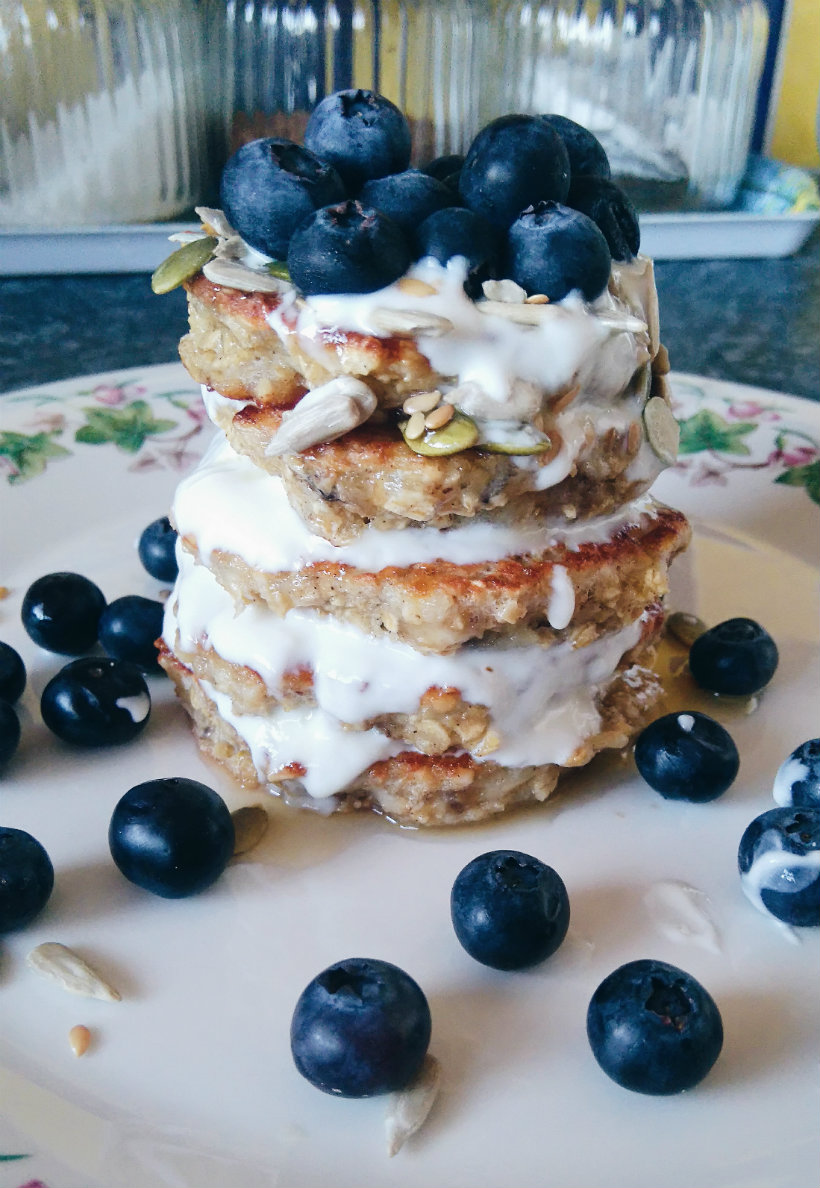 What’s your favourite weekend breakfast? And how do you serve your pancakes? Let me know in the comments!

I Swapped My Flannel for a Konjac Sponge

Products of the Year — Part 1

Gold and Bronze EVERYTHING