… and I failed. Miserably.

Well, miserably if you consider it absolutely essential that they be perfectly round. They are energy lumps, which sounds like a bizarre, Black Eyed Peas-esque euphemism for breasts.

But all is not lost — whatever you want to call them, these snacks taste pretty good, so I may as well tell you how I made them.

I used the Almond Butter Oat Balls recipe from Two Peas & Their Pod. My failure, I think, is entirely down to me being too enthusiastic with the microwave when I softened the almond butter and coconut oil, rather than the fault lying with the recipe itself.

I wouldn’t say the oat balls/bites (bites? I’m going to call them bites; it sounds nicer than ‘lumps’) were a particularly healthy snack — they’re more like a (delicious) vegan alternative to chocolate or cake. They’re tasty, moreish, and there for you when you need them. 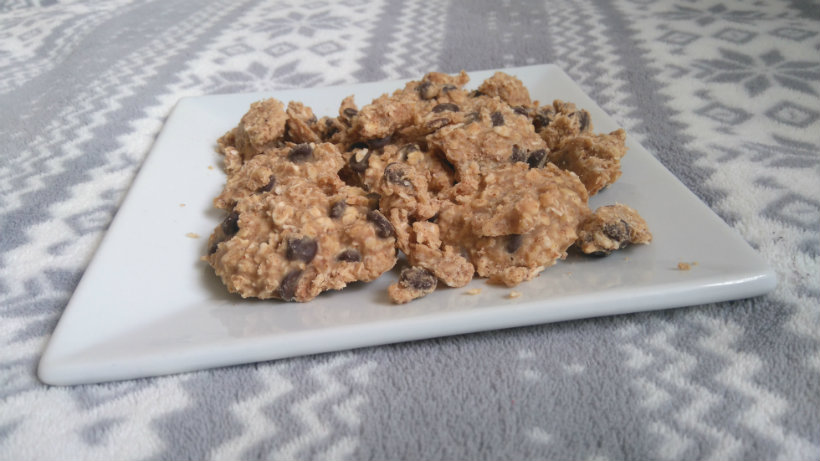 Makes 20 balls, or about 16 randomly-sized bites if you’re me

Have you ever had any kitchen mishaps? Let me know in the comments!

5 Favourite Vegetarian Recipes from Around the Web