I’m on a mission to include as much vegan food in my diet as possible. Main meals are surprisingly simple — there are lots of recipes for flavoursome curries, stews, tacos, and pastas out there — but until recently I hadn’t given much thought to sweets and treats, unless you count dark chocolate.

I love dark chocolate, but what if you want something more special? What if it’s been one of those days and you’re planning to treat yo’self Parks and Recreation-style, only without the fine leather goods?

Curious, I spent a couple of months trying vegan treats. Something extra with my food shopping, a few things from my local independent Wholefoods — the odd product here and there as I spotted something new. I’ve narrowed it down to five favourites, although I’m sure more posts will be written as I discover different foods. Taste-testing is tough, but someone has to do it.

Due to price, I’d say these foods are more like occasional treats rather than something you pick up every day, but even so, everything here will leave you with change from a fiver. Happy snacking! 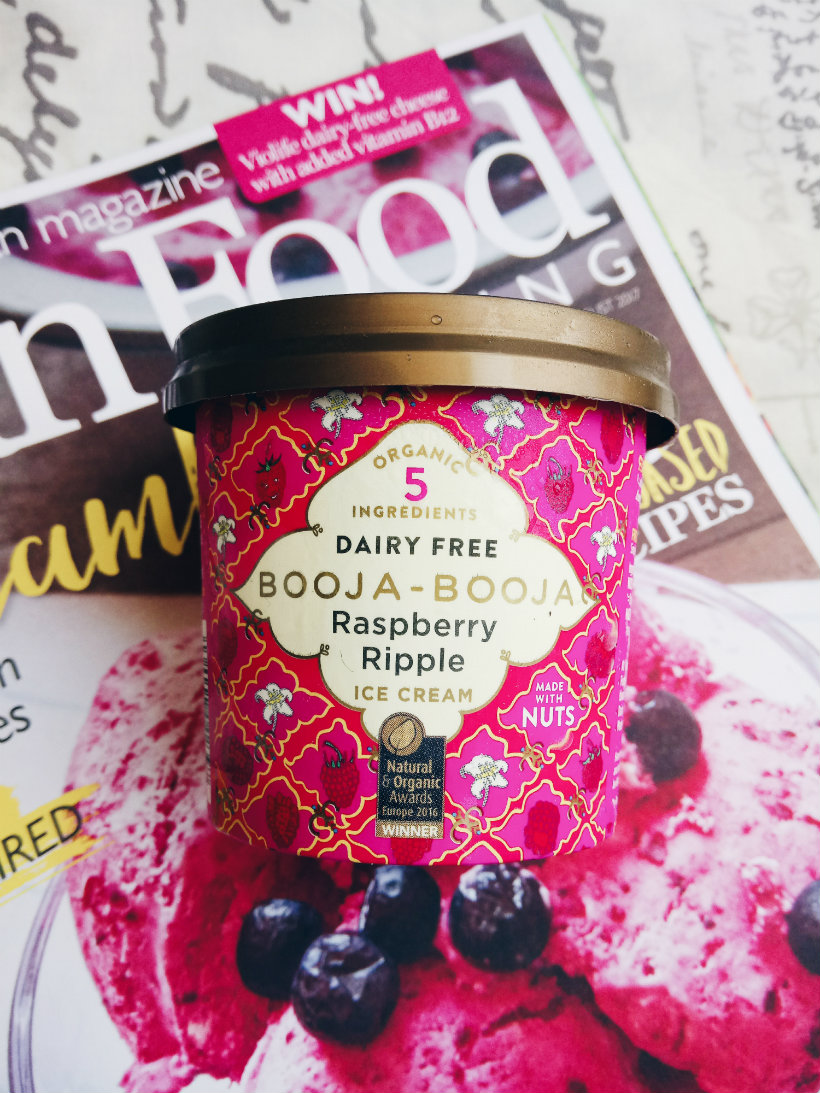 Booja Booja Raspberry Ripple Ice Cream, £1.99 for 110ml
I love Booja Booja’s Hunky Punky Chocolate ice cream so I had high hopes for Raspberry Ripple, and it didn’t disappoint. It only has five ingredients: water, agave syrup, cashew nuts, freeze-dried raspberries, and vanilla extract. Vanilla and raspberry is a classic, dreamy combination that will satisfy many a craving for something sweet.

I felt very nostalgic when I ate this because it tastes exactly like the ice cream my nan always used to have in her freezer, with one exception — there’s more raspberry sauce in Booja Booja’s offering. There are bigger tubs available but I really like the smaller ones; they’re a good way to try new flavours (or indulge in old favourites). 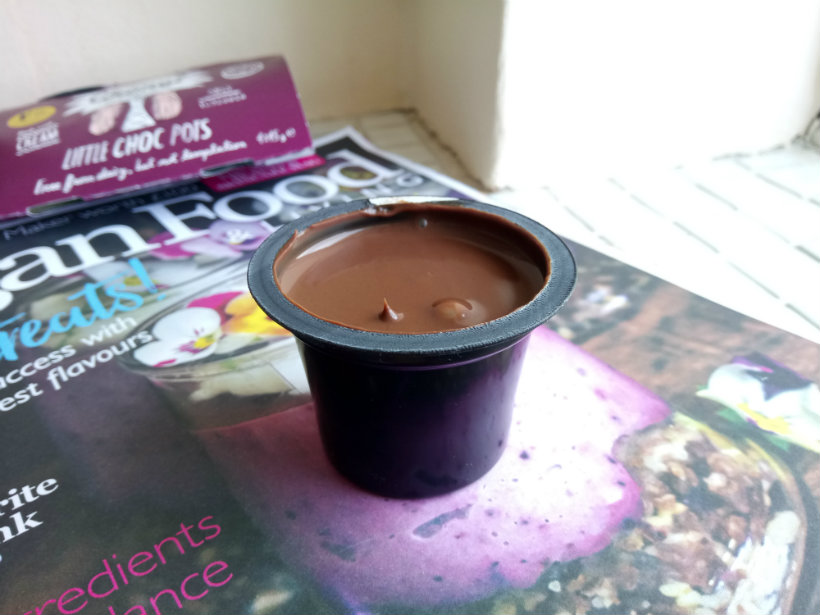 The Coconut Collaborative Little Choc Pots, £2.50 for 4 45g pots (on offer for £2 at Tesco at time of writing)
The Coconut Collaborative’s choc pots are filled with a thick chocolate ganache made from coconut cream, and you can tell. The chocolate flavour is definitely there, but the coconut flavour comes through strongly, so how much you enjoy this will depend on your feelings towards coconut (I love it). The pots are teeny but you get the perfect amount— this is a really indulgent pud. 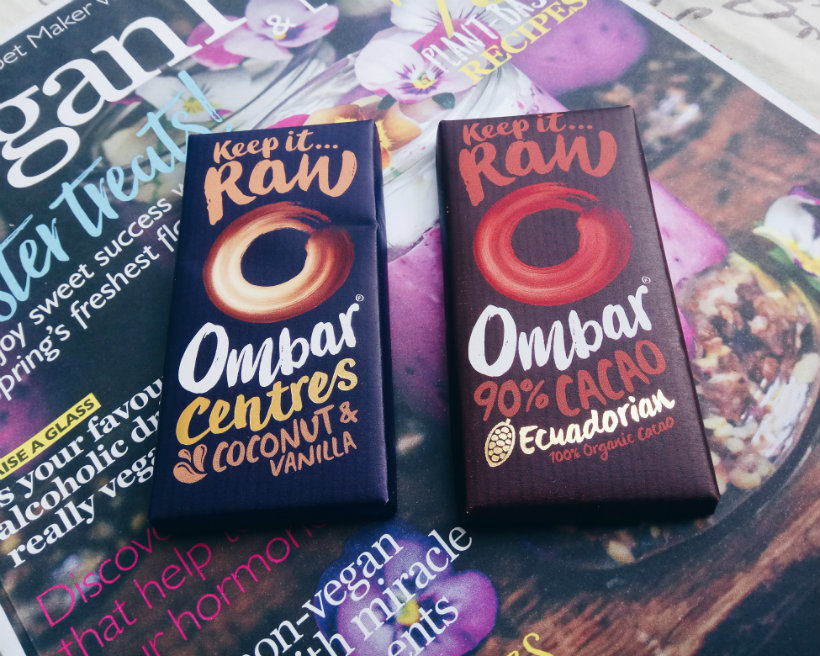 Ombar Natural Raw Chocolate Bars*, £1.99 each
Being a newbie to the world of raw chocolate, I was really excited when Ombar got in touch to ask if I was interested in trying some samples. Their chocolate is made from raw cacao, coconut sugar, and cocoa butter, plus any extra flavours like fruit powders (if they’re being used). Keeping the cacao raw is said to preserve the nutritional benefits.

I tried the 90% Cacao bar, which has a very intense flavour but won’t leave a weird, bitter taste in your mouth. My favourite, the Centres Coconut & Vanilla bar, is sweeter, with a creamy mixture in the middle. It’s so good I’ve bought several since my initial taste test. At £1.99 per bar Ombar isn’t cheap as far as chocolate is concerned, but their bars are good quality and bloody delicious. Worth it as an occasional treat. 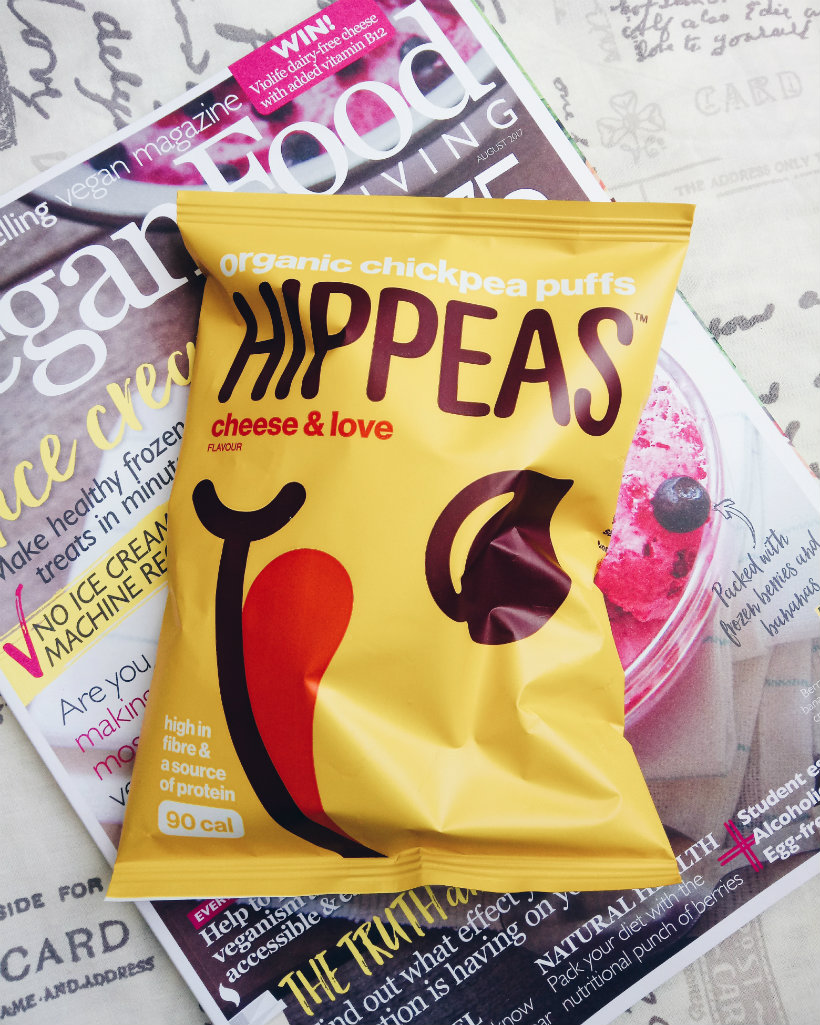 Hippeas Cheese & Love (prices vary depending on where you shop. If you’re buying on the go then I’ve found Boots to be the cheapest retailer.)
I love a packet of cheesy crisps, but I’m also trying to consume as little dairy as possible. Hippeas Cheese & Love are the solution. The main ingredient is chickpeas, so they’re a good source of protein and they also make quite a filling snack. This is one of the best vegan cheese flavours I’ve come across to date, although unfortunately you’ll still get bits of crisp stuck in your teeth. (Worth it, but maybe have a mirror handy after, just in case!) 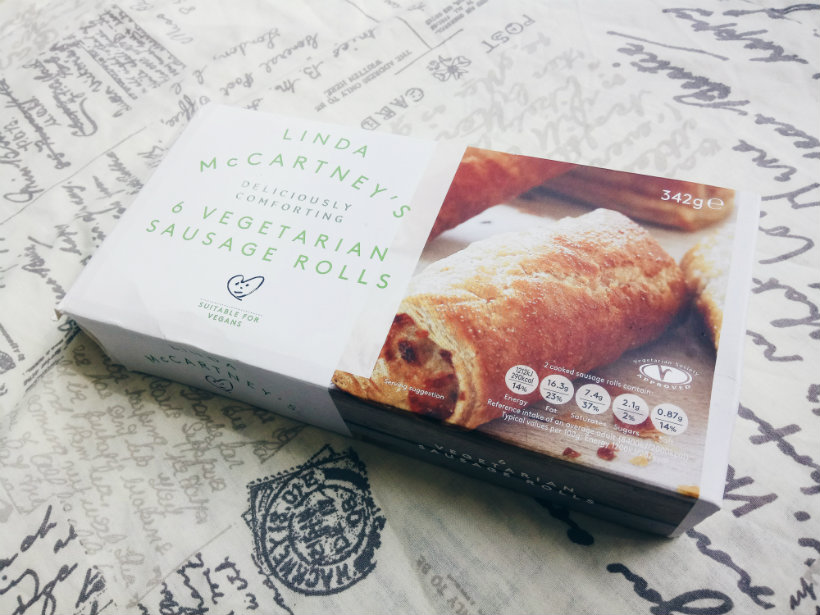 Linda McCartney Vegetarian Sausage Rolls, £2 for 6
Despite the name, these sausage rolls are most definitely suitable for vegans too. They’re waaay better than standard, grey, meaty version that are made from who knows what, and although the pastry isn’t quite as flaky as the homemade kind, it still rivals the sausage rolls my aunt makes every Christmas.

The meat substitute, which is made from soya, is so convincing that it even had my mother fooled. I tend to cook two sausage rolls at a time and serve them with baked beans and lots of sweet chilli sauce (Blue Dragon’s is vegan!) when I want proper comfort food.

What are your favourite vegan snacks? Have you tried any of these? Let me know in the comments!

*Raw chocolate bars were sent to me by Ombar for consideration of review. As always, all words and opinions are my own.

5 Favourite Vegetarian Recipes from Around the Web